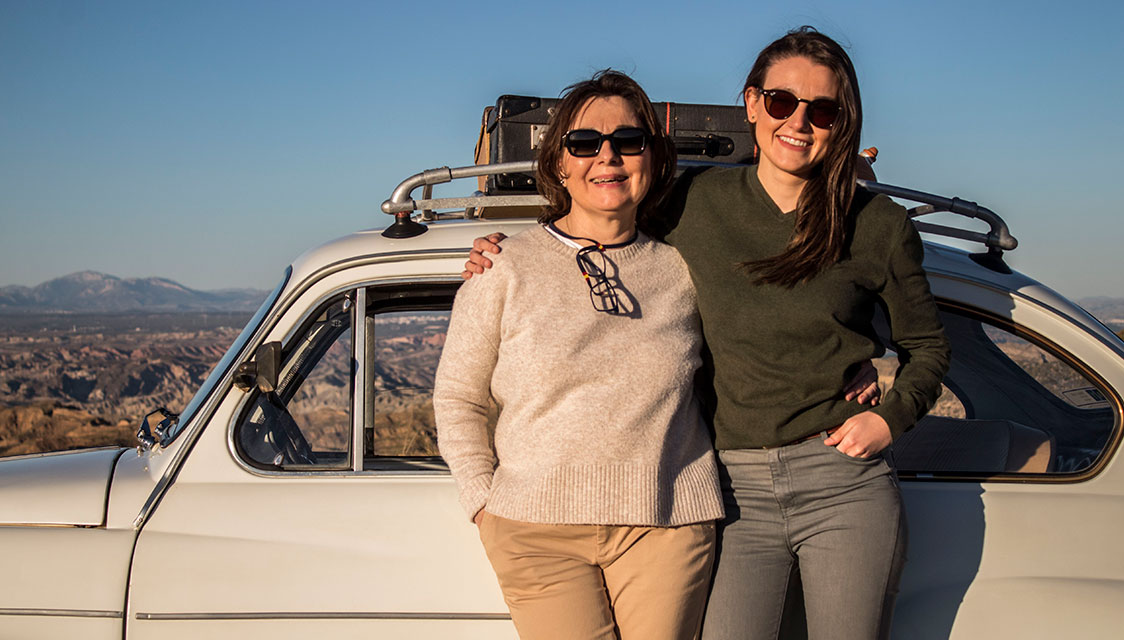 Chirlata is Paqui, Susi, Natalia, Belén, Anita, Elena, Olga. On Rural Women’s Day we highlight the leading role that all of them play in this family farming of organic almonds.

According to UN data, women account for just over 40 per cent of the agricultural labour force in developing countries, rising to over 50 per cent in parts of Africa and Asia. However, less than 15% of these women own the land they farm.

In Chirlata 70% of the team are rural women, starting with the person in charge of the project: Olga.

“Making my way as a farmer in this area, which is considered unpopulated and unprotected, was not exactly easy. However, I realised that, like me, there were many hard-working rural women, waiting for their chance. And it was clear to me that for this family project to succeed I had to count on them, on their strength and experience. Susi, Natalia, Paqui, Belén, Anita and Elena make Almendras Chirlata what it is today”, Olga Cañada, founder of Almendras Chirlata.

Rural women are the key to building a world without hunger and poverty. Because when they have the opportunity to exploit their potential in field work, not only do their families benefit directly, but their community and rural economies in general benefit.

“We firmly believe that we reap what we sow, which is why, in addition to a quality organic product, our roots lie in contributing to rural development and the social economy by creating jobs“.

In Spain, women have always worked the land, although their contribution to agriculture and livestock farming has been invisible. In the area of the Sierra de Baza, where Finca Chirlata is located, it is easy to hear the stories of mothers and grandmothers who came from a very young age to reap or harvest. And yet it has always been assumed that the countryside was a man’s job.

Fortunately, and not without effort, it is thanks to strong women like Olga that gender change in the rural world is becoming visible. According to data from the latest INE Agrarian Census, 260,000 women run farms in Spain (until 2011 they could not be co-owners of land with their partners).

Chirlata Almonds will remain in the hands of a woman. Elena, Olga and Paco’s daughter, will take over the baton of this family project as a young farmer. And she will count on the support and unstoppable strength of the rest of the rural Chirlata women.