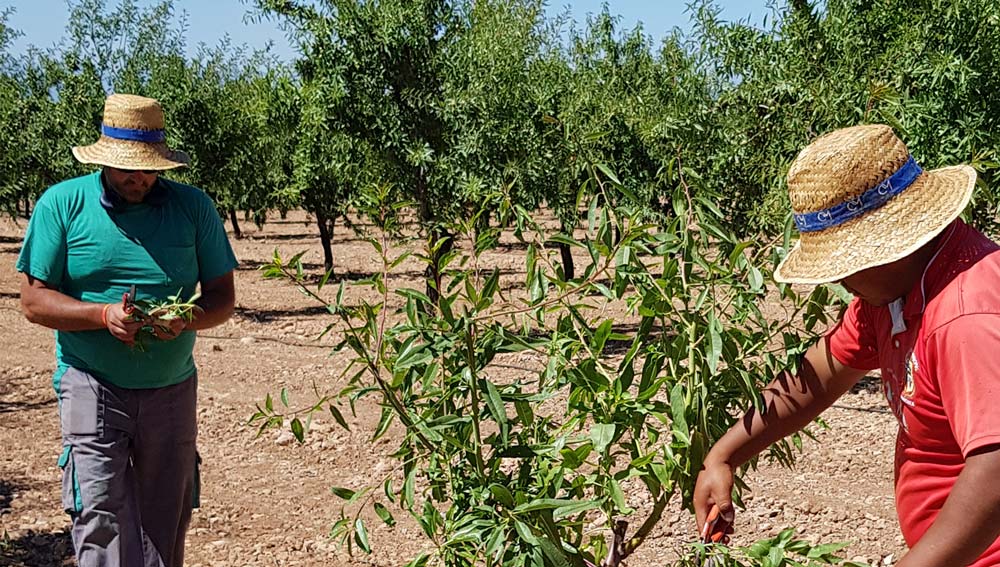 Organic agriculture has numerous benefits, not only for the consumer and the environment, but also for the farmer and the economy in general.

Do you know all its advantages?

The differences in nutritional quality are not few, especially when it comes to omega-3, polyphenols and vitamin C.

Polyunsaturated fatty acids and omega-3 are considered a protective factor against cardiovascular accidents. They are found in greater proportion in organic meat and milk due to flax seeds in organic fodder, which are great allies for our health.

As for polyphenols, they are great antioxidants that fight free radicals and have anti-aging properties and protection against DNA mutations.

Organic fruits and vegetables contain more of these substances, as well as lower levels of cadmium and other heavy metals.

And we cannot forget the greater amount of vitamin C, which is essential in numerous processes such as the absorption of iron, proper functioning of the immune system, tissue repair…

Less toxic in our organism

Some synthetic pesticides used in conventional agriculture (glyphosate, malathion…) have been classified as probably carcinogenic and are also suspected to be related to other chronic diseases.

Hormones and growth stimulants used on animals leave residues in meat and can have detrimental effects on the health of consumers.
By choosing organic products we avoid the intake of all these substances and opt for foods of higher nutritional value.

Cares for the environment

Organic agriculture promotes the use of traditional seeds and tries to protect and adapt to the local flora and fauna.
Increased biodiversity also means a better balance between the populations of insects and other organisms, which allows pests to be kept at bay without having to abuse synthetic insecticides and herbicides.

On the other hand, organic livestock farming seeks to respect animal welfare by requiring that animals have access to fresh air to avoid stress and by eliminating practices that lead to animal suffering.

Water, our most precious commodity

Organic farming techniques improve water retention and soil humidity, which allows us to optimise our water resources.
The use of aquifers, which are natural reservoirs for the accumulation of rainwater and snow that falls in winter, is a renewable and sustainable resource. However, overexploitation of the aquifer can have many negative consequences such as degradation of water quality.

Reduction of the carbon footprint

The production of synthetic fertilisers and pesticides requires large amounts of energy, which results in higher greenhouse gas emissions. The green alternative not only reduces the CO2 that goes into the atmosphere, but also allows us to save energy, an increasingly precious commodity in today’s societies.

Back to flavourful food

We cannot forget this point, which all food lovers will particularly enjoy.

Conventional marketing criteria tend to prioritise physical appearance over taste. This ends up leading to a greater use of pesticides and products that facilitate that visual appearance, which not only harms health but also neglects those other qualities.

Organic food tends to have more flavour due to its lower water content and higher percentage of constituent substances in the product.

However, it must be stressed that this is not the only factor responsible, but that the flavour is affected by many other aspects such as the chosen crop variety, soil type, climate and harvesting period.

The quality of the soil will improve the more years it is treated ecologically. The more time passes, the more productive and fertile the soil becomes. This is thanks to techniques such as the use of organic fertilisers (compost and manure), crop rotation, recycling of crop residues and grazing. These techniques nourish the micro-organisms in the soil, structure it and allow it to retain more water.

The regulations governing organic crops and livestock farms are very restrictive, which makes it possible to ensure the quality of the products without putting the health of the consumer at risk.

In many cases, organic farming is accompanied by local economic initiatives and proximity between producer and consumer. In this way, consumers know where the products they are buying come from and how they have been produced.

The latter not only has benefits for the consumer. Organic farming is more labour intensive, which increases the number of jobs generated in disadvantaged rural areas.

Organic products are sold at a slightly higher price because they are produced in relatively smaller quantities (depending on soil conditions and type of cultivation) than traditional crops and require special care.

Especially when purchased locally, this margin goes to the farmer, who is rewarded for his work and obtains a decent livelihood.